This blogpost has been prepared to describe the Micro-Segmentation and security conceptual design planning utilizing VMware vRealize Network Insight, vRNI. It can act as a support for anyone that wishes to know how to think and implement doing microsegmentation in a VMware based environment either with NSX-V or NSX-T. Some of my text that is written out in this post is borrowed and referenced from an official document by VMware: Data Center Security and
Networking Assessment

My design is based upon the findings, utilizing the network assessment tool performed by VMware vRealize Network Insight.

You can deploy a Micro-Segmentation security architecture, bearing in mind to:

Because of its unique position inside the hypervisor layer, VMware NSX is able to have deep visibility into traffic patterns on the network – even when this traffic flows entirely in the virtualized part of the data center. Combining this intelligence with advanced analytics, vRNI Visibility and Operations Platform provides insight for IT managers, enabling them to make better decisions on what and how to protect critical assets.

Security in the Data Center Today

The standard approach to securing data centers has emphasized strong perimeter protection to keep threats on the outside of the network. However, this model is ineffective for handling new types of threats – including advanced persistent threats and coordinated attacks. What’s needed is a better model for data center security: one that assumes threats can be anywhere and probably are everywhere, then acts accordingly. Micro­ Segmentation, powered by VMware NSX, not only adopts such an approach, but also delivers the operational agility of network virtualization that is foundational to a modern software defined data center.

Cyber threats today are coordinated attacks that often include months of reconnaissance, vulnerability exploits, and “sleeper” malware agents that can lie dormant until activated by remote control. Despite increasing types of protection at the edge of data center networks – including advanced firewalls, intrusion prevention systems, and network based malware detection – attacks are succeeding in penetrating the perimeter, and breaches continue to occur.

The primary issue is that once an attack successfully gets past the data center perimeter, there are few lateral controls to prevent threats from traversing inside the network. The best way to solve this is to adopt a stricter, micro granular security model with the ability to tie security to individual workloads and the agility to provision policies automatically.

So I started out by drawing up a conceptual design of the test environment.

The conceptual layout included some sample Applications and Server communication in the Test environment and the systems that were added in is to show just how multifaceted an environment can be.

The security framework is described below:

The goal of the security framework is to deny traffic based on certain criteria, explicitly permit what is required and allow by default until Micro-segmentation has been performed throughout the whole environment. The firewall rules to deny traffic from environment to environment, organization to organization is required. For example, if deny Application to Application rule is missing, an app server from SYSTEM1 can communicate with an application server from SYSTEM2 by hitting the allow all traffic to SYSTEM2 servers rule.

There are different permutation and multiple scenarios to handle so there are many potential firewall rules to be allowed that are not known now. Applications can also be running on non-standard ports. In that case, you can manually open up the firewall rules and deny those that are necessary.

In order to be modular and scalable when creating firewall rules, security groups will be based on NSX security tags on the VMs inside the SDDC and IP Sets will be created for items outside the datacenter. Firewall rules will then be applied using these security groups. For each VM, it can be tagged with at least 3 security tags, with 1 of them in each category.

The security tags are classified into 3 categories and each category has a prefix to identify it:

The names illustrated below are a small subset of the actual names to exemplify the NSX security design.

For example, a VM can have the following tags:

This VM can immediately be identified as a TEST VM belonging to the FG-A Organization and the SYSTEM1 application. Using such classification, you could create your security groups accordingly.

To create microsegmentation for systems outside the datacenters.  Creation of IP Sets can be used.  IP Sets may contain any combination of individual IP addresses, IP ranges and/or subnets to be used as sources and destinations for firewall rules or as members of Security groups.

Below lists down some of the security groups:

A service is a protocol-port combination, and a service group is a group of services or other service groups. Below lists down some of the NSX Service groups and Services that can be created and used in combination with Security Groups when creating Firewall Rules in NSX:

To start building firewall rules utilization of vRNI is needed. To ‘Plan Security’ for the VM’s utilize vRNI to start by examining the flows of the SYSTEM1 VM to/from other VMs.

Analysis of flows is done by selecting scope and segment them accordingly based on entities such as VLAN/VXLAN, Security Groups, Application, Tier, Folder, Subnet, Cluster, virtual machine (VM), Port, Security Tag, Security Group, and IPSet. The micro-segmentation dashboard provides the analysis details with the topology diagram. This dashboard consists of the following sections:

vRNI displays all flows that are inbound, outbound and bi-directional going to the SYSTEM1 server.

By selecting the SYSTEM1 wedge in the circle it is possible to go in deeper and see the actual flows between the application and other servers and services.

Option exist to export all the recommended rules as CSV for further processing manually or by automation if needed.

The exported table is listed below for the SYSTEM1 recommended firewall rules.

By continuing the procedure detailed for remaining servers, applications, shared infrastructure services and environments with vRNI, going through each application traffic-flows, exporting the recommended firewall rules, micro-segmentation can be implemented with NSX.

Firewall Rules The table below shows the firewall rules based on the security framework described based on the requirements above:

When the structure is in order, it is possible to start building the Security Groups, Security, Tags, Services, and Service Groups in NSX once that has been implemented. The next step when creating rules and all needed objects to accomplish micro-segmentation it is important to go through and check the communications with the servers and applications and verify they’re all still working correctly per the requirements given.

I would also like to show a table from VMware regarding the Segmentation Strategies. Make sure to start Small and work your way through your environments and systems.

Start with doing MacroSegmentation. Meaning start finding out what Environments can/cannot communicate with other Environments.

When that is completed Setup the MesoSegmentation; Meaning go through what Applications within your Environments can/cannot communicate with other Applications inside the same or outside the Environment.

Also a good idea when drawing out the different Environments, Applications and Systems withing each Application is to Build a Segmentation Flow Chart. With it you will get a picture drawn up on how things are connected and interacted with each other and also makes it much easier to establish what can/cannot communicate with each other.

A micro­segmentation approach powered by VMware NSX can address the inadequacy of East­West security controls that affect most data centers. The vRNI Visibility and Operations software helps to jumpstart the journey to micro­ segmentation by providing actionable insights into how workloads in a data center communicate and plan the segmentation accordingly.

Thanks for this time! /Jimmy 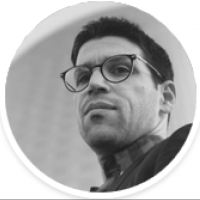